When working on Lightning XS458 at Cranfield some years ago, we thought it would be quite a nice idea to film a high speed taxi run using the Lightning's own G90 Gun Camera.

This cine film camera lives just inside the air intake, underneath the radar nose cone, and is activated using a button on the pilot's control column / stick.

So before trying this out, I built a fairly simple test rig to prove the camera works, and also to verify the aircraft wiring to the camera, so it was two test rigs in one. It simulates the aircraft, and the camera independently. 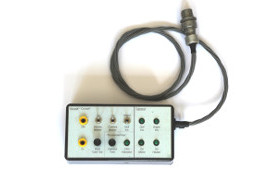 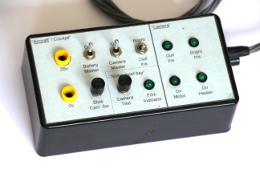 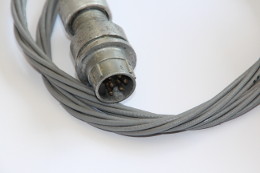 The upshot of it was that the camera and aircraft both worked nicely, but I couldn't quite get the film installed into the cartridge correctly - and we ended up with a pile of zig-zag shaped cine film! Hey-ho... you live and learn!

Since then, this rig has been robbed of a couple of parts for other projects, but it did work nicely.